The American Annual of Photography 1893.
(Courtesy of Wikimedia Commons)

Chapter One – What is Focusing?

(Courtesy of ShieldforYourEyes by Dave Fischer via Wikimedia Commons)

“Every bad feeling is potential energy toward a more right way of being if you give it space to move toward its rightness.” ~ Eugene Gendlin

“I’m going in with a full quality of presence to myself and saying to whatever is there, ‘yes, I want to hear you’. Whether my mind thinks it’s garbage, it’s worthless, other people won’t like it. I will treasure it, in the moment, right now… And that I think allows for that space to unfold. There is a kind of inner relaxing where things will come up because they’re not being judged as bad or this isn’t acceptable. Doesn’t mean I have to share it with other people. But it means that when I am with other people I will be aware of these parts of myself and holding them lovingly and not projecting them either unconsciously onto other people by saying a sweet OFNR that is not at all true or that I’m trying to be nice by using OFNR — and that is obviously a beautiful learning curve in NVC — at the beginning you try OFNR and you see it doesn’t work (people do a two day intro and say, ‘hey, it didn’t work’) …Well, if the intention or reorientation of your heart hasn’t changed, it’s not changing your language that will change anything in life…It’s not the phrasing, it’s never the phrasing, it’s your intention.” ~ Gina Cenciose

The Power of Empathy and Focusing: Ann Weiser Cornell:  YouTube

“Most scary dreams brings something good which is not yet in a form the person can use.” ~ Eugene Gendlin

“If there is something hauntingly beautiful or impressive in your dream, just honor it, respect it, recall it, sense it with your body.  More will come.”  ~ Eugene Gendlin

At the seven minute mark (of the YouTube beneath) Marshall says, “Deep breath.  You see… Now this giraffe is glad that it has practiced focusing because it’s spent a lot of time learning how to get in touch with its feelings and needs and it can give itself some emergency first aid empathy right now to deal with what’s going on so that it can then focus its attention on the other person again.”

(Adapted from the work of Ann Weiser Cornell & Focusing Resources)

“I’m connecting with an intention for self-acceptance/compassion/acknowledgement.”

Coming In To The Body

“I’m taking time to sense into my body,

“I’m asking myself: ‘What wants my awareness right now?’”

(either allowing whatever shows up or regarding a particular issue)

“I’m noticing something that …”

“I’m taking time to just be with this.”

“I’m sensing if it has an emotional quality.”

“I’m attuning to the living-energy of needs present.”

“I’m aware of any wishes or requests surfacing.”

“I’m thanking my body and my body’s process.”

“A felt sense is the holistic, implicit body sense of a complex situation… A felt sense contains a maze of meanings, a whole textile of facets, a Persian rug of patterning – more than could be said or thought. Despite its intricacy, the whole felt sense also has a focus, a single specific demand, direction or point… One single thing, one statement, or one next step can arise from the whole of it all…” ~ Eugene Gendlin from Focusing-Oriented Psychotherapy 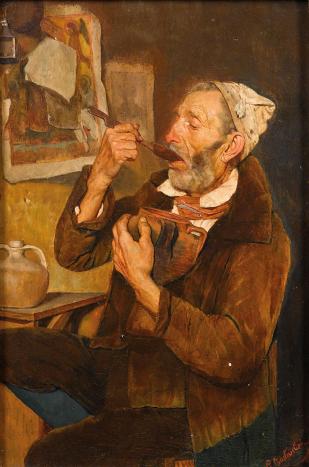 A friend has asked me to write about “self-in-presence in plain English.” Self-in-presence is a concept from Inner Relationship Focusing. It refers to a skill or capacity, as well as an experience, that creates the conditions for physically felt inner data-wisdom-information to come into a person’s awareness.

Einstein is quoted as saying, “We cannot solve our problems with the same thinking we used when we created them.” Whether or not he actually said it, the idea is significant. Inner data can play an imporant role in taking us beyond what we already know and toward new, present-moment information that can be applied to day-to-day living. This enables us to make choices and take actions in life that are more self-connected, rather than following along with what is already known–either from socialized habits and ideas, or from our own thinking about issues and situations.

Because self-in-presence is a pre-requisite for access to this inner data or wisdom, much of the early learning in Inner Relationship Focusing attends to cultivating self-in-presence and its related inner attitudes. In this post, I’ll outline an exercise that will provide an experience of self-in-presence… (continues)

FYI ~ Shula has offered access to a free e-book which guides how to incorporate the ‘presence language’ of Inner Relationship Focusing into one’s self-connection process:  Click here to receive a free e-book

“If you want to know what the soup smells like,
it’s better not to stick your head in it.”
– Eugene Gendlin

Focusing is… the murky edge

“I will not let you (or me) make me dishonest, insincere, emotionally tied-up or constricted, or artificially nice and social, if I can help it.” ~ Eugene Gendlin

Chardin, Jean-Siméon – Vegetables for the Soup