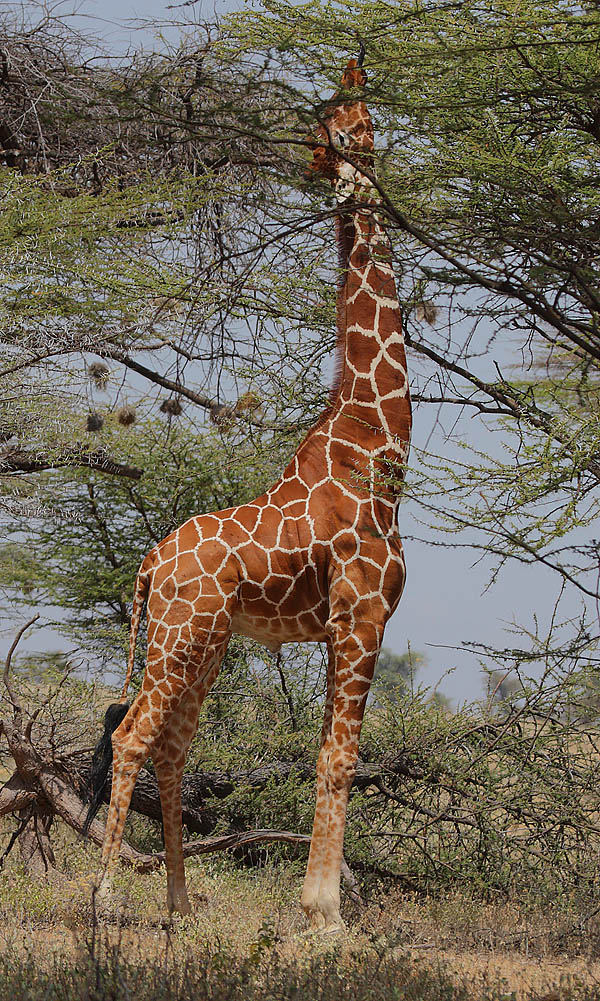 “We are misnamed. We call ourselves Homo sapiens, the “wise man,” but that’s more of a boast than a description. What makes us wise? What sets us apart from other animals? …A more apt name for our species would be Homo prospectus, because we thrive by considering our prospects. The power of prospection is what makes us wise.” ~ Martin E. P. Seligman and John Tierney

How do you learn from the past and/or apply lessons learned — ‘beneficial regret’ — towards the future (while staying grounded in the present moment)?  We’ll explore how needs-consciousness & NVC skills can be useful in processing more painful emotions.

“To dwell in the here and now does not mean you never think about the past or responsibly plan for the future. The idea is simply not to allow yourself to get lost in regrets about the past or worries about the future. If you are firmly grounded in the present moment, the past can be an object of inquiry, the object of your mindfulness and concentration. You can attain many insights by looking into the past. But you are still grounded in the present moment.”
― Thich Nhat Hanh, The Art of Power

(Via Wiki: Team Naked Pictures of Be a Arthur)

(beneath is courtesy of the work of Jim and Jori Manske)

Which need animated your conduct (positive intent)?
Which need wasn’t attended to in how things unfolded?

“We may believe that mistakes have been made already and that we cannot go back to the past to change things. When we look deeply into the relative nature of time, we see that the past has created the present. If we seize the present moment with mindfulness, we are in touch with the past. We can actually go back to the past, while staying firmly rooted in the present moment, and heal the past. We forgive ourselves for our mistakes, knowing we didn’t have enough wisdom or the right conditions at that time to do better. We transform our regrets in the present into compassion and understanding, and in this way we also transform the past.”
~ Thich Nhat Hanh, Savor

Unskilled:  Takes responsibility for the feelings of others with guilt and/or shame, or defends oneself; apologizes to protect oneself by assuaging anotherʹs feelings.

Awakening:  Newfound awareness that othersʹ  feelings are caused by their needs, and may want others to ʺget over it”. Heightened awareness of habit of self‐ blame.

Capable:  Increasing ability to transform guilt into learning. Fostering willingness to seek connection with others (with empathy and honesty) when events did not work for others.

Integrated:  Consistent willingness to openly own oneʹs part in outcomes that did not meet needs; willingness to feel and express regret; seeks learning and growth.

We are misnamed. We call ourselves Homo sapiens, the “wise man,” but that’s more of a boast than a description. What makes us wise? What sets us apart from other animals? Various answers have been proposed — language, tools, cooperation, culture, tasting bad to predators — but none is unique to humans.

What best distinguishes our species is an ability that scientists are just beginning to appreciate: We contemplate the future. Our singular foresight created civilization and sustains society. It usually lifts our spirits, but it’s also the source of most depression and anxiety, whether we’re evaluating our own lives or worrying about the nation.  Other animals have springtime rituals for educating the young, but only we subject them to “commencement” speeches grandly informing them that today is the first day of the rest of their lives.

A more apt name for our species would be Homo prospectus, because we thrive by considering our prospects. The power of prospection is what makes us wise. Looking into the future, consciously and unconsciously, is a central function of our large brain, as psychologists and neuroscientists have discovered — rather belatedly, because for the past century most researchers have assumed that we’re prisoners of the past and the present…(continues)

…Reminded me of one of the symbolic reasons as to why Marshall Rosenberg chose the long-necked giraffe: the evolutionary adaptive trait of being able to see far out into the distance — as is described in the video beneath:  seeing the “big picture”, taking the “long view” — as a characteristic of choosing our words wisely (considering their potential impact, in advance).  I’ve heard it said that other animals will gather around a watering hole, when a giraffe is present, as there is a sense of trust that they have scoped the surrounding terrain and deemed it safe.

In a sense, these evolutionary traits, the long-neck and large heart, offered Marshall a symbolic shorthand for conveying the intent of communicating with NVC consciousness in mind.  To choose one’s words with the long view and from a big-hearted (or emotionally connected) orientation to life.

One of the stories told during the time of Marshall’s memorial was by Dominic Barter when he spoke of hitch hiking from England to Marshall’s residence, then in Switzerland, and having Marshall pose the question of ‘what is the evolutionary value of emotions?’  In an NVC context, of course, our feelings are akin to our nerve endings, by alerting us to pain, our emotions can help us make adjustments (away from the too hot stove or any similarly destructive scenario).  Dominic, who had been studying anatomy and physiology at the time (in a formal academic setting), was struck by how in all his previous, more ‘high brow’ consideration of the human organism, that fundamental truth (emotions ‘raison d’être’) had gone unremarked.

While it may have been noted that those with a kind of brain damage that effects their emotional range might have difficulty with discernment and judgment, the direct linkage of our emotions as ‘nerve-ending’ like indicators of what we are valuing (a.k.a. universal human needs), at any given moment, was’t even a blip on the proverbial scholarly radar.

A few minutes into a YouTube clip (beneath) Sierra Club’s Executive Michael Brune pauses for about ten seconds, chokes up as he recounts being terrified to consider the world his children would be inheriting:

“The customary scientific role is to deal dispassionately with data, but [Jason] Box says that ‘the shit that’s going down is testing my ability to block it.’ ”

Above via Esquire‘s John H. Richardson

Always Look on the Bright Side of Life

(about three minutes, or so, in to the video below: the “Erik Idle gambit”)

Climate Change: Why you should be angry and why anger isn’t enough: John Ashton

…Putin downplayed the need to act on climate, saying, through a translator, that people like Pruitt “who are not in agreement with opponents may not be at all silly.”

The question “isn’t about preventing global warming. I agree with those people who believe it is impossible. It may be related to some global cycles or some greater outer space cycles. It’s about how to adjust ourselves to it,” Putin said. “The local communities will get adjusted,” he added.

IMHO, David Roberts offers the most succinct depiction of the stakes at hand:

“An Inconvenient Mind: The Mental Barriers to Confronting Climate Change”

How Americans Think About Climate Change, in Six Maps

Staying Human in a Time of Climate Change:
New Author on Science, Grief and Hope

“I wanted to explore our capacity to experience personal loss—the loss of family, the loss of lovers, the loss of a local landscape, the loss of certainty in the weather—to grieve profoundly while simultaneously not giving in,” Jackson says.

Joanna Macy’s spiral includes the importance of ‘honoring our pain’ (for the world):

Joanna Macy’s Spiral of the Work That Reconnects 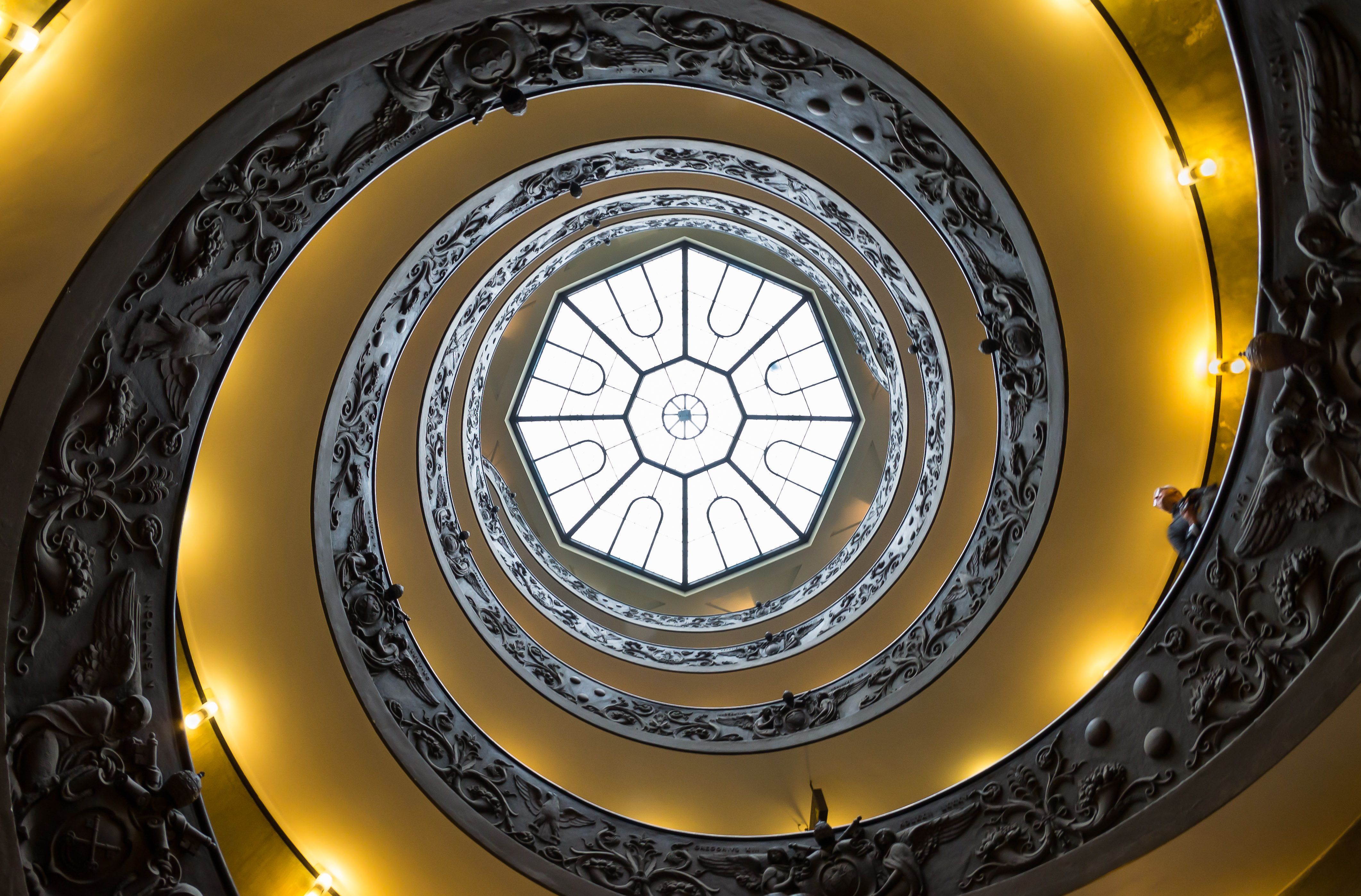 The Work That Reconnects – Tricycle

The Seventh Generation – The Work That Reconnects with Joanna Macy

During an era devoid of high-tech special effects, the Greek Chorus was often used as a kind of time machine, filling the audience in on a broader arc of context within which the drama was unfolding.

I met a traveler from an antique land
Who said: Two vast and trunkless legs of stone
Stand in the desert. Near them, on the sand,
Half sunk, a shattered visage lies, whose frown,
And wrinkled lip, and sneer of cold command,
Tell that its sculptor well those passions read
Which yet survive, stamped on these lifeless things,
The hand that mocked them, and the heart that fed;
And on the pedestal these words appear:
“My name is Ozymandias, king of kings:
Look upon my works, ye Mighty, and despair!”
Nothing beside remains. Round the decay
Of that colossal wreck, boundless and bare
The lone and level sands stretch far away.

Historian of science Naomi Oreskes employed a kind of Greek Chorus time machine when she penned a novella which imagined the point-of-view of those hundreds of years in the future, looking back on the tragic myopia of the present day.

The Collapse of Western Civilization | Books

The Collapse of Western Civilization

A View from the Future

The year is 2393, and the world is almost unrecognizable. Clear warnings of climate catastrophe went ignored for decades, leading to soaring temperatures, rising sea levels, widespread drought and—finally—the disaster now known as the Great Collapse of 2093, when the disintegration of the West Antarctica Ice Sheet led to mass migration and a complete reshuffling of the global order. Writing from the Second People’s Republic of China on the 300th anniversary of the Great Collapse, a senior scholar presents a gripping and deeply disturbing account of how the children of the Enlightenment—the political and economic elites of the so-called advanced industrial societies—failed to act, and so brought about the collapse of Western civilization… Continues:  here

Taking a more cyclical than linear view of time, I’ve recently applied Naomi Oreskes thought-experiment to nearer-term scenario and wondered what it would be like for one generation to contemplate the decisions made by their immediate forefathers and foremothers, potentially while all are still alive.  Consider a contemporary middle-aged professional, arguing more from the “climate ostrich” end of the spectrum than that of the “climate hawk”.  Then fast forward to the year 2060, when given our current Putin-Trump regime’s probability vector, we could hit four degrees celsius (which, of course, would inevitably trigger runaway climate change, as positive feedback loops kick in, and accelerating temperatures head towards six degrees or more by the end of the century).  So the middle aged parent of today would then — as a mid- 21st century octogenarian —  be confronted by the hellscape of a planet his now middle aged children would be condemned to. Not to mention that in a digital era, the forensic ‘paper trails’ would clearly evidence to any discerning eye as to who (individually) and what (ideologically) had fueled the proverbial fire.

World temperatures could soar by 4 degrees Celsius (7.2 degrees Fahrenheit) by the 2060s in the worst case of global climate change… (continues)

“You know, I have a three year old son, and when he’s my age he could be living in a completely different world…”

Mad About You – Sting from the album The Soul Cages

The Soul Cages is a concept album focused on the death of Sting’s father. At the time, Sting had developed a writer’s block shortly after his father’s death; the episode lasted several years, until Sting was able to overcome his affliction by dealing with the death of his father through music. The first song written for The Soul Cages was “Why Should I Cry for You”, and Sting has stated the rest of the album flowed quite easily after that first hurdle was overcome. Most of the songs have motifs related to sailing or the seas (Sting’s father, according to Sting’s autobiography, Broken Music, had always regretted not becoming a sailor.) …

Forum| Naomi Oreskes | What Should We Be Doing on Climate Change

An Illustrated Guide to the Science of Global Warming Impacts