Posted on February 3, 2017 by Street Giraffes

What are your conversational street signs (e.g. OFNR, Red/Green/Yellow)?  Rules of the road (e.g. [NVC] Communication Flow Chart)?  How do you stay in your own lane (e.g. Self-Connection Process)?

Reflect on moments of tensions that you’ve experienced…

(Photo above courtesy of Wiki Commons via Arriva436)

In her book on The Five Keys to Mindful Communication, Susan Gillis Chapman writes about communication that is closed (red light), open (green light), or somewhere-in-between (yellow light).  Initially, Chapman suggest, it’s useful to cultivate an awareness of the more obvious states: green/open & red/closed.  The yellow light is a more nuanced state, often imperceptible (unless mindful), however it may also hold greater potential for increasing our communicative efficacy.

“First, I realized how I distort my view of other people when I’m reacting defensively. I also saw that when I can open up and see another person in a fresh way, my own self-image transforms. On the surface, these two insights might not seem to be that a big deal. Not as exciting as a dog and a hungry bear rolling in play.* But learning how to switch out of defensiveness into a more humorous, receptive state of mind is a big deal – it is the key to happy, harmonious relationships and communities.”  (Chapman’s “The Five Keys to Mindful Communication”, p. 3)

*The photos circulating around the Internet were of a polar bear and a dog playing together.  I first saw them in a National Geographic magazine many years ago and was captivated by the story.  A dog named Churchill was tied up to a stake in the ice.  His owner spotted a starving bear, just out of hibernation, through the window of his cabin.  He watched in horror as the bear approached his dog.  Feeling powerless to protect his pet from certain death, he grabbed his camera and snapped pictures of the scene unfolding before his eyes.  But to his amazement, what he ended up witnessing was how Churchill saved his own life.  As the bear lumbered toward him, Churchill crouched down and wagged his tail.  In spite of his ravenous hunger, the bear responded to the signal and switched from predator to playmate.  One of the photos shows Churchill and the bear embraced in an affectionate hug as they tumbled and rolled around on the ice.  Then the huge polar bear turned and ambled away.  Over the next few days, the bear returned to the site several times to play with his new friend.  The National Geographic photo essay came into my life at the right moment.  I had been preparing to teach a series of workshops on mindful communication, where students would learn practical skills in bringing awareness, insight, compassion, and choice to their communication…”
~ Susan Gillis Chapman

Bull and bear in front of the Frankfurt Stock Exchange (Photo courtesy of Eva K.)

Characteristics of the Zero Step:

“In the field of observation, chance favors the prepared mind.”
Louis Pasteur

What is Mindful Communication?

Three green-light faculties as the basis for mindfulness practice:

Notice when you’ve become defensive and closed off. Be careful. Communicating in this zone can lead to difficult and painful reactions.

Pay attention to the limbo between open and closed. Relax with the uncertainty. Pause, reflect, linger there, and let possibilities emerge.

When your state of mind is open, feel free to explore your connection with others. Share. Learn. Change. Expand.

Via DailyOM – The Five Keys to Mindful Communication:

We use the green and red lights to highlight open and closed patterns because this isn’t something we normally track. Once those are clear, we zero in on the in-between stage of the yellow light. Following is a brief overview of what the lights mean. The red light indicates that communication has shut down… (continues)

Mindful Communication – Which of Our Emotions are Accurate?

“The yellow light describes the period in between the green and red light, the gap of groundlessness that occurs just before communication shuts down. We’ve been caught off guard and we feel embarrassed, irritated, or disappointed by an unexpected event. Below the surface of these reactions, deeper fears and self-doubts are exposed. If we can meet these fears with gentle insight, using mindfulness practice, we can intercept our red-light triggers…” (continues)

Open/Closed emotions & how to reconnect to the “Natural Communication System”

Susan Chapman is a marriage and family therapist and author who presents training programs applying mindfulness to conversations, relationships and communities.

See too:  What is Mindful Communication

In a World in Crisis – Mindful Communication Matters

“Our survival as a species depends on our ability to recognize that our well-being and the well-being of others are in fact one and the same.”
~ Marshall Rosenberg

(Photo courtesy of Wiki Commons via Beyond My Ken) 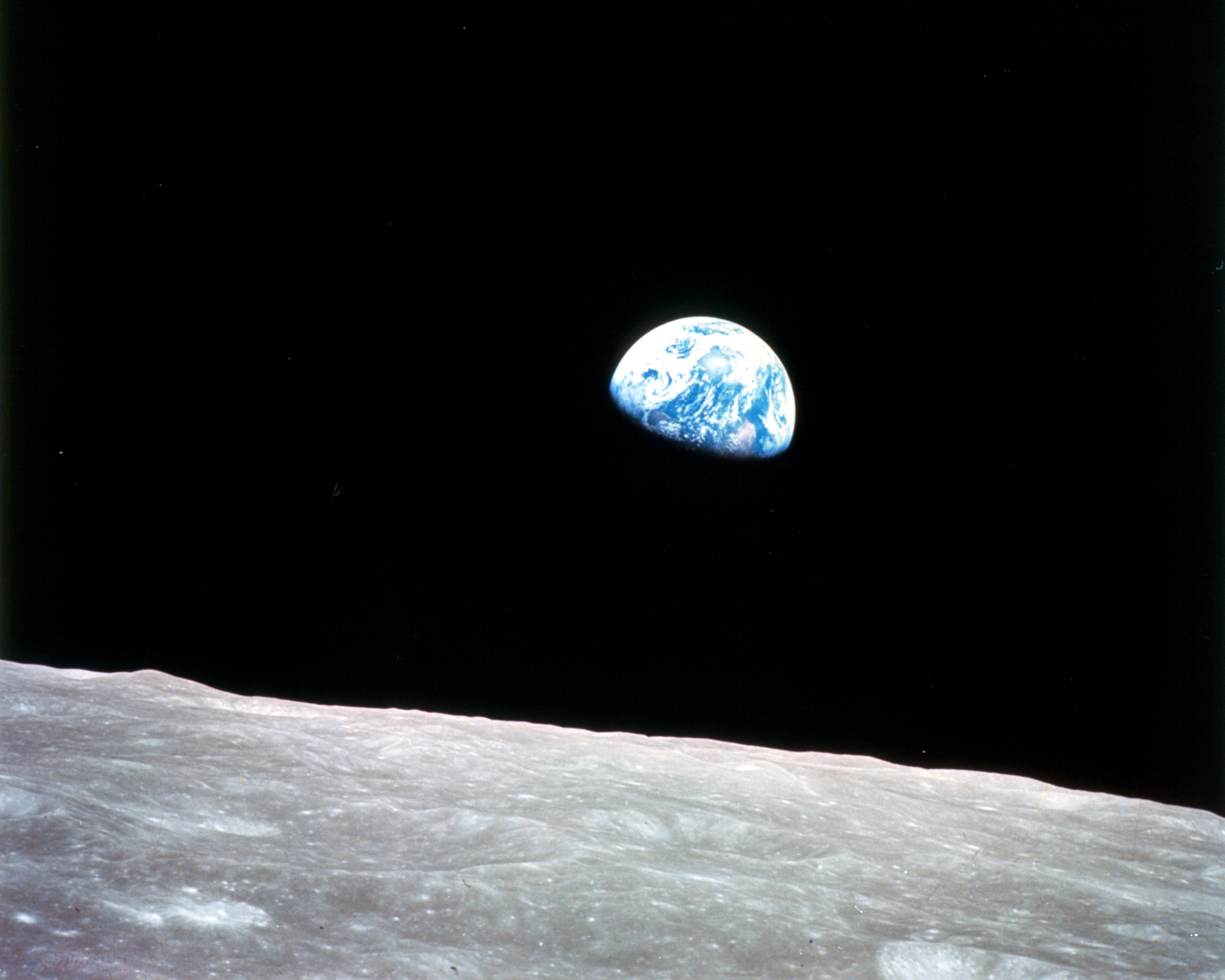 Guardian (also on February 1, 2017): Donald Trump will work towards the abolition of the Environmental Protection Agency – and any employees cleaving to the Obama era should be “very worried” by the prospect of Scott Pruitt taking over the agency, a key aide of the president has told the Guardian. In an exclusive interview, Myron Ebell – who headed up Trump’s EPA transition team, said that agency’s environmental research, reports and data would not be removed from its website, but climate education material might be changed or “withdrawn”…

NYT:  Scott Pruitt Is Seen Cutting the E.P.A. With a Scalpel, Not a Cleaver

NYT’s Coral Davenport:  …“Environmental protection, what they do is a disgrace,” Mr. Trump said after the election. “Every week they come out with new regulations.”

But in Mr. Pruitt, who is expected to be confirmed by the Senate this week, the president has tapped a surgeon, not a butcher, to fulfill those pledges. As much as anyone, Mr. Pruitt knows the legal intricacies of environmental regulation — and deregulation. As Oklahoma’s attorney general for the last six years, he has led or taken part in 14 lawsuits against the E.P.A.

His changes may not have the dramatic flair favored by Mr. Trump, but they could weaken the agency’s authority even long after Mr. Trump has left office…

Climate change is simple: We do something or we’re screwed – Grist

Six degrees may be where we are headed, according to international energy experts, and within this century too — under (fossil fuel favoring) business as usual policies.
Sources: “World Energy Outlook 2011,” P. 40, International Energy Agency & “Too Late for Two Degrees?” PricewaterhouseCoopers, November 2012, P. 1.

Those who traffic human beings are ultimately accountable to God. Let us pray for the conversion of hearts. @M_RSection

Pope Francis releases his own Super Bowl commercial, for peace

“Great sporting events like today’s Super Bowl are highly symbolic, showing that it is possible to build a culture of encounter and a world of peace,” the pontiff said, in a text of the video released by the Vatican Sunday afternoon Rome time.

“By participating in sport, we are able to go beyond our own self-interest – and in a healthy way – we learn to sacrifice, to grow in fidelity and respect the rules,” he said, speaking in his native Spanish.

“May this year’s Super Bowl be a sign of peace, friendship and solidarity for the world,” Francis said.

The Kingdom of God is already in our midst like a hidden seed. Anyone with pure eyes can see it blossom.

Courtesy of Daderot  via Wikimedia Commons